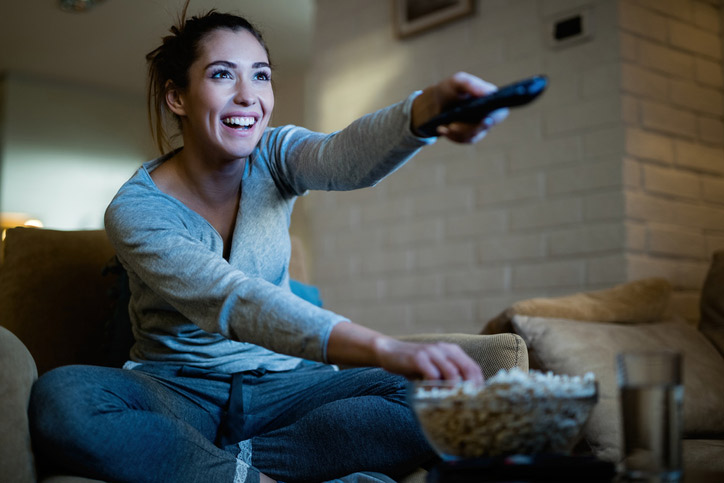 We’re living in an era where streaming is becoming the dominant way people consume media. Netflix, Amazon Prime, Disney+ and even YouTube are now offering a legitimate alternative to traditional TV. In fact, many TV companies are creating their own streaming channels, such as HBO Max, Brit box and Peacock.

Such services used to be complimentary. For example, it was normal for the average household to have a subscription to Netflix or Amazon Prime. But this was on top of their Sky, Virgin Media or Freeview which required an aerial installation to watch.

Sky, BT Vision, TalkTalk TV, and even Freeview are still incredibly popular in the UK. Many households make use of one of them as their primary TV provider. But an average UK family is also likely to have one or more streaming services alongside their traditional TV subscription – and use it just as often.

According to annual surveys from 2010 to 2020, around 50% of respondents still use an aerial for TV. Such as for use with Freeview or a paid subscription. Surprisingly, the number has remained consistent for the past decade. The use of streaming services has risen exponentially. The number of respondents using streaming services has grown from around 20% to over 60% in the same period of time.

This shows that streaming services are no longer complimentary, but now are equal to the primary TV provider. While the use of streaming services has increased, it’s not actually harmed traditional terrestrial TV as many expected it would.

Usually, the primary bill payer(s) is responsible for the household TV. But one member of the household may contribute by adding their personal steaming account for use by all. It could be one of the parents or even a younger family member that values streaming more. They could potentially use this on their personal devices in their bedroom.

Those who use streaming services exclusively tend to be those in rental accommodation. Such as, students, single people, or those who move around a lot and travel. Cohabiting or married couples are more likely to use terrestrial TV and a streaming service. This may be due to them having two incomes and therefore be in a secure financial position.

Only homeowners or those who live in long-term rental accommodation are likely to use a service like Sky or BT. This is because they may decide having an aerial installed is only a worthwhile investment if they intend to stay longer than six months. Although they are still likely to use Freeview, if an aerial system is already installed.

The TV Antenna is Still Current

The above evidence shows that antennas are a long way from being obsolete. While TV companies may be investing heavily in their own streaming services. This is often alongside their traditional TV production. Such companies may not be using one to replace the other, just making sure they occupy both spaces.

From this, we can conclude that aerials as a means of receiving a TV signal are still a worthwhile investment. Especially if you’re planning on signing up to Sky, BT Vision, TalkTalk TV, or using Freeview. A full-band or wide band aerial is still essential for all of the above.

In fact, Sky has now launched Sky Q, a service that relies on the internet more than older Sky boxes. It also integrates streaming and traditional TV into one place. However, Sky Q still requires a satellite dish for use. We imagine this will be the case for a long time to come.